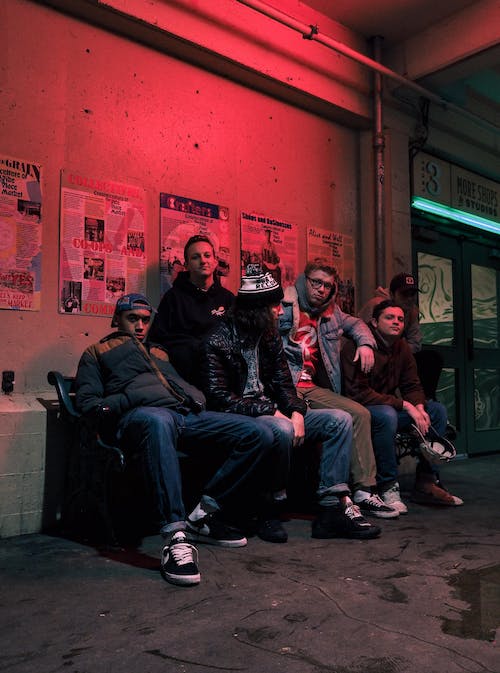 49th Parallel’s musical journey started long before the group thought about making music seriously. As five friends who have been hanging out for nearly as long as they can remember, the group loves messing around with microphones and music software, simply creating music for the fun of it. At a certain point, they realized the music that came from the joy of creating had real potential, so they moved to Finnegan’s studio on Lopez Island for a week during summer 2018.

49th Parallel is the latitude line which separates the United States from Canada, and also crosses right through the tip of Lopez Island. The 49th Parallel represents the culmination of the collective’s passion for making music, countless hours of hard work, and most importantly their friendship, which ultimately led to the creation of their debut eponymous album.

Through their music, 49th Parallel hopes to convey themselves honestly. Their friendships, their enemies, their flaws, their emotions or lack thereof, their hopes, dreams, hates, and loves. Over the past year, the group has shared their passion with thousands of people. The group has gotten the opportunity to play with artists like Landon Cube, 24KGoldn, and Dave B. From hearing their music sung back to them at their first sold-out show with Yes Theory, to listening to their music on Seattle's iconic KEXP radio for the first time, bringing joy and sharing their art with people motivates them to continue honing their craft.

Ultimately, 49th Parallel’s mission is to create great music and share their passion with you. So come join us for the ride and let's have some fun.