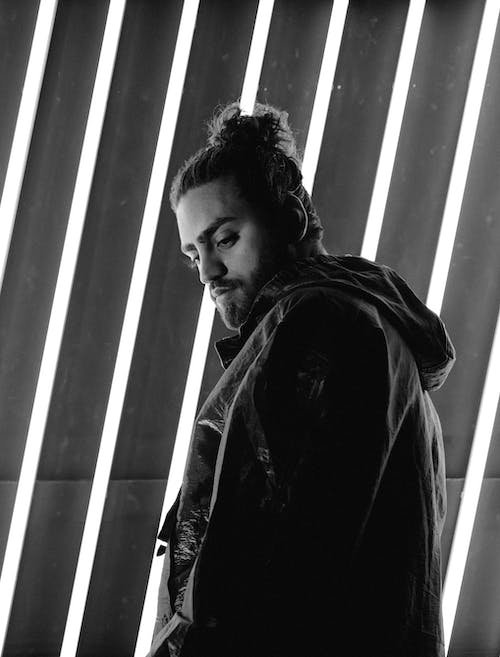 Ali Gatie knows the way to your heart is through your ears.

Over the course of 2018, the 22 year old singer-songwriter from the Toronto suburb of Mississauga self-released a string of projects that took him from square one of his career to a global fan base, racking up millions of streams of unexpected hits like the acoustic-tinged ballad “Moonlight.” In the process he revealed himself to have not only the single-minded focus and work ethic of a 21st century hustler but the heart of a classic songsmith.

The numbers are impressive (over 13 million streams of “Moonlight” on Spotify–with nearly 15 million views of its lyric video on YouTube–and two other singles breaking 5 million streams), especially when you consider that he did it all himself, without any professional support or industry connections. You can credit some of that success to Ali’s social media hustle–he once responded to over 2000 fan messages on Snapchat in a single day.

But numbers only tell part of the story. It’s nothing special to rack up millions of viewer impressions with social media stunts, but Ali’s looking beyond that kind of shallow, fleeting fame. He’s building something deeper with his fans, based on timeless ideas.

Ali doesn’t shy away from writing about the big subjects that have always consumed great artists, concepts like love and devotion that many young artists these days shy away from. His sound mines the fertile area where R&B and contemporary pop overlap–although from a brighter side of the spectrum than you might associate with crooners from the 6–but it’s delivered with openness and honesty, mixing the timeless songwriting of contemporary icons like Ed Sheeran with the next-generation sounds of Post Malone, Juice Wrld, and Charlie Puth.

Some of Ali’s ability to find common ground with any listener he comes across must have something to do with how much of the world he’s seen, starting from a young age. Ali was born in Yemen to Iraqi parents, then spent part of his childhood in Dubai before his family moved to the culturally and economically diverse city of Mississauga. And certainly a lot of it comes from the way he was brought up–he credits a lot of his music-making philosophy to the traditional Arab values of hospitality and generosity that his parents raised him with.

But Ali’s also just a natural-born relationship builder. Musically, he’s the kind of performer who makes everyone who hears him feel like they’re the only person he’s singing to. He’s the type of creator who understands the power of an intimate gesture like a musician singing along to his own song in the car (a clip that helped drive “Moonlight” to its breakthrough), or the way viewers can’t help but get caught up in the first-person love story of his “Can’t Lie” video. At a time where the pop landscape seems more splintered than ever, Ali Gatie is dreaming big and making music the whole world can love.