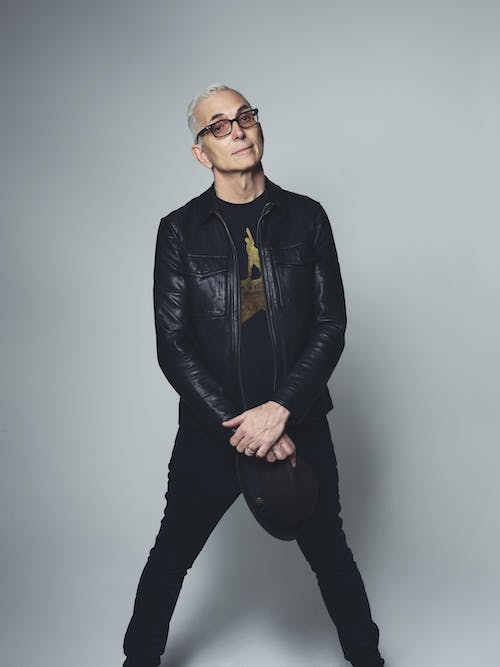 Some 30 years into his career as a recording artist, Art Alexakis—best-known as the singer-guitarist and sole songwriter behind the iconic alt-rock outfit Everclear—has started a new chapter in his remarkably prolific career, now as a solo artist. Writing all of the songs and performing all instruments on his own, Alexakis is releasing his first ever solo album ‘Sun Songs’ via The End Records/BMG on October 11th, 2019. ‘Sun Songs’ finds Alexakis exploring sounds, styles and lyrical subjects outside of the realm of Everclear, his generally rock-focused band.

“For the most part, it’s an acoustic singer-songwriter type of album,” says Alexakis. “It’s not about making another Everclear record; it’s about doing something that’s just me. I’m pushing my ability and pushing the envelope, and having fun at the same time. I’ve always wanted to do something like this.”

Formed by Alexakis in 1992 in Portland, Oregon, Everclear has enjoyed a lengthy career spanning 9 original studio releases, numerous videos, and thousands of shows and accolades that include a 1998 Grammy nomination for So Much For The Afterglow. The band remains active today, most recently issuing Black is the New Black in 2015 and touring extensively around the world. Alexakis also created and performs as part of the annual Summerland Tour, which features a package bill of popular ’90s alt rock bands.

Alexakis’ solo work offers the songwriter a new and somewhat different outlet for his creativity. While the singer-guitarist has always been the driving force behind Everclear, there’s still a sharing of ideas and playing styles among its members that ultimately shapes the music. Contrary to that approach, his solo album finally offered Alexakis an opportunity to create music solely on his own, without any preconceived notion or collaborative influence as to what it should sound like.

“On the other records I’m always playing with other musicians who, even though I’m pointing them and pushing them in the direction I want them to go, they’re still bringing what they bring to the table, so they’re adding to it,” Alexakis says. “Every album that has different players on it sounds different, as it should. I’ve always wanted that with Everclear: to be an amorphous thing that can change and become different things. I’ve never wanted to make the same album twice. That’s why I’m excited about my solo material, because it doesn’t sound like any Everclear record. Not even close.”

A key driver for Alexakis’ solo initiative has been SugarNoise Studios, the work/rehearsal/recording space he recently constructed near his home in Pasadena, CA. The singer-guitarist—who’s also a husband and father—enjoys an inspiring work-life balance that allows him to conveniently create whenever he likes, quickly shifting back and forth between the studio and home. He uses his studio HQ—which is also Everclear’s rehearsal space—to frequently collaborate with co-producer/engineer Stuart Schenk (Invisible Stars), who has helped Alexakis develop his solo material.

Creating outside of the Everclear realm also gives Alexakis the chance to explore styles and sounds that don’t necessarily work for his band. His solo work will continue to push the boundaries of what you can expect from an Art Alexakis composition, as no direction or source of inspiration is really off the table. He cites everything from classic country to hip hop, to the great acoustic singer-songwriters of the 1970’s as big influences for this record.

“I’ve always felt that Everclear is a hard rock/punk rock alternative band with a singer-songwriter,” he explains. “If you look back at the things I like, its rock ’n’ roll bands and singer-songwriters. I like James Taylor and Paul Simon, Steve Earle and John Prine, and at the same time I like super heavy rock. Then sometimes, there are people who kind of combine that, like Bob Dylan, Bruce Springsteen and Tom Petty. The differences between my solo work and Everclear are the volume and ‘bombacity’, which I still feel I have, but I’m going to express in a different way. It’s going to be loud, but not necessarily with big loud guitars. It can also be loud with words or attitudes or intent.”

Personally, this solo record comes at a time of transition and honesty in Alexakis’ life. Recently, the formidable front man announced his diagnosis of Multiple Sclerosis. “The words Multiple Sclerosis conjure up all sorts of images: helplessness, wheel chairs, pain, misery, and worst of all, hopelessness - and pity in the eyes of my family and friends. I remember the night I told my wife, Vanessa, she held my face in her hands, and told me “we got this”, with not a shred of pity or fear in her eyes. I knew then that I wasn’t going to go through this alone.“ After sharing the news with his fans, and the rest of the world, earlier this year, Art Alexakis is in the most honest and vulnerable place he has ever been.

Alexakis has only started to explore his potential as a solo artist, and expects to continue to evolve through the process. The liberating freedom he’s been enjoying since venturing down this new path has expanded his potential musical palette, allowing him to explore a seemingly endless array of ideas. Although he’s not always sure of where those ideas will ultimately lead, one thing is certain: The journey will bring Alexakis—and fans—to places where he’s yet to venture. It will be exciting to hear the sonic offspring of that pioneering voyage. 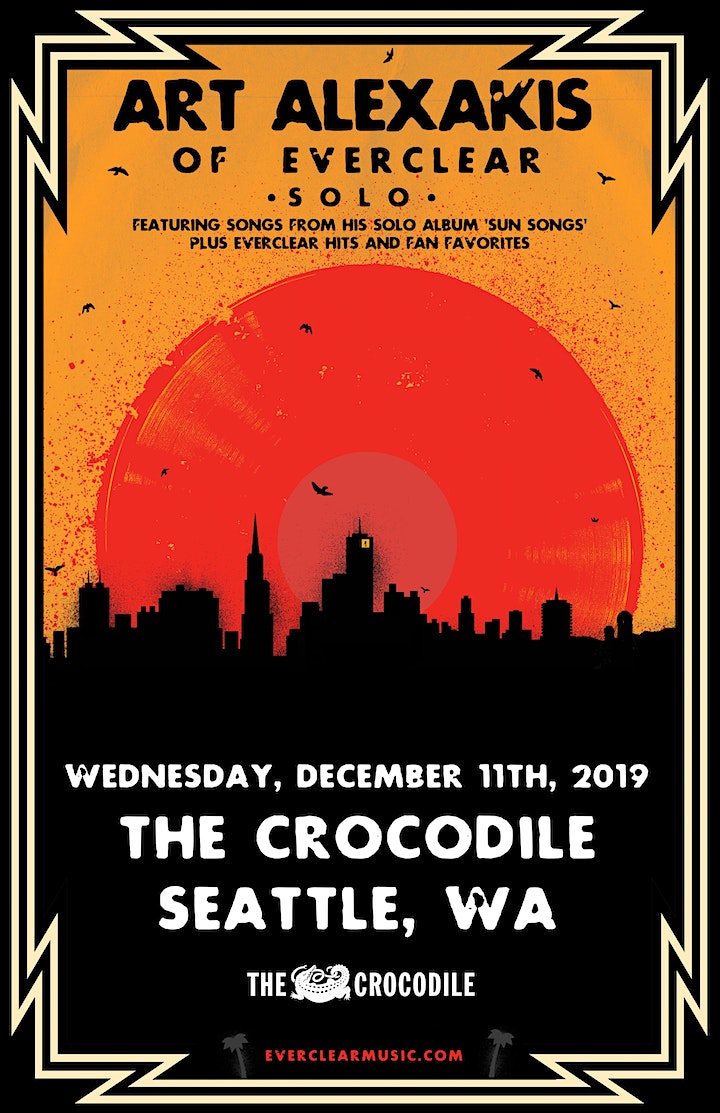