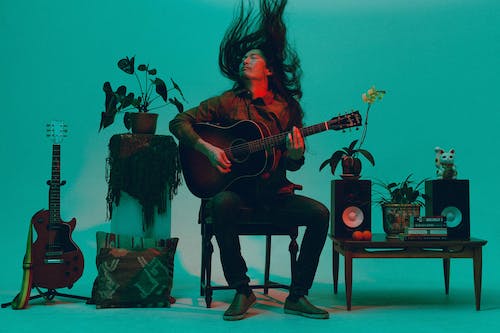 Love and aloha are at the heart of what singer-songwriter Daniel Pak stirs into his songs of freedom that stem from an upbringing on reggae and Hawaiian music. Born and raised on O`ahu, Pak brings the warmth and soul of the islands into his music of healing and joy.

“To this day, I never really feel like I fit in anywhere else than around people who love island music,” Pak explains. “Reggae and Hawaiian music were a big part of my identity growing up – the uplifting beat of the one drop coupled with a message of resistance, mixed in with island melodies and lyrics that connected us to the land and the people who came before us – that’s what I love and what makes me whole.”

In nearly ten years as leader of Kore Ionz, Pak has shared the stage with The Wailers, Toots and the Maytals, Steel Pulse, Sly & Robbie, and many more of reggae’s founding fathers. “Love You Better,” his “poignant love letter,” as The International Examiner calls it, went to #1 on commercial radio in Hawai`i.

When he’s not on stage with his eight-piece band, Pak spends his time amplifying the voices of young people in his community. As co-founder of Totem Star, a record label for youth, a big part of his life’s work is to ensure that young people have a safe and encouraging space to create music and build community. Pak also serves on the Seattle Music Commission as Chair of the Youth + Community Committee and as a Governor for the Pacific Northwest Chapter of The Recording Academy (Grammys). He lives in Seattle with his wife and two sons.