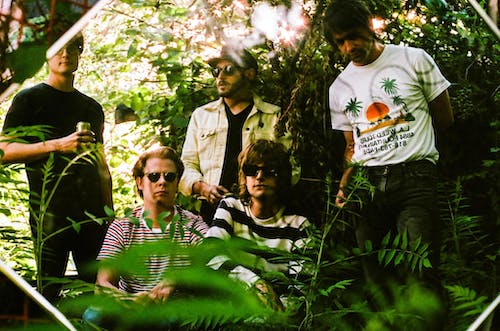 Formed nearly a decade ago in Vancouver, Canada, the garage-rock group grew out of founders Byran Nicol, Drew Wilky, and Mike Wilky’s desire to hang out, listen to records and play music. After the trio uploaded a few demos to Myspace—this was 2008, after all—a small punk record label from Iowa reached out and asked if they wanted to do a single. The single quickly led to the group’s first full-length album, the self-titled Dead Ghosts.

“We got lucky,” Nicol, the group’s frontman, recalls. “When we started playing, we were just messing with recording, and generally goofing around. We had no vision at all. We just wanted to play house parties or something—that was the limit of our aspirations.”

Defying their own expectations, by 2015 the group had released two more albums—Can’t Get No and Love and Death and All the Rest—both of which released on LA record label, Burger Records and embarked on several lengthy tours across Europe and US. Playing a distinctive brand of swaggering, blues-infused lo-fi rock, the five-piece quickly won over transatlantic fans and scored fresh fodder for their lyrics with their punk-rock antics.