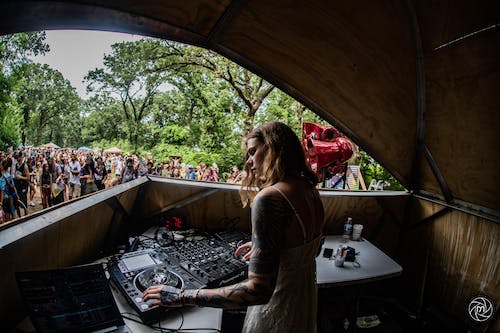 iCal
Google
with Brothel and Stonemist

The heralded Queen of Lo-fi, eevee, has been a key pillar of the community since 2013. The 26 year old producer from a small town in the Netherlands established herself by a series of beat tapes made from selective sampling and simple melodies. Always tapping into a deep emotional state, her progression as an artist matured over the next 3 years with the release of her “highlights ep” and “unexpected ep”. However, she felt somethings had been left unsaid after “unexpected”, which was named after the sudden death of her father as she was finishing the piece. So in 2017 eevee released her “seeds ep”, a beautiful culmination of her work over the last 4 years. Her music amassed millions of streams over the years via major lo-fi hip hop outlets such as STEEZYASFUCK, chill hop, Klean, chilledcow, and various Spotify editorial playlists. Playing shows sporadically around the EU, eevee first toured the US in 2018 and had a short run in 2019 after her US festival debut at Infrasound. During this time eevee started her own label, Secret Souls, as a means of sharing house, wave, and trap in the same way she shares these favorites in her DJ sets. As eevee continues to grow into her career, her production style may very well change too as she experiments with midtempo, wave, and maybe even some lo-fi drum and bass. She has high hopes for 2020 and beyond with unique releases and more tour dates around the world