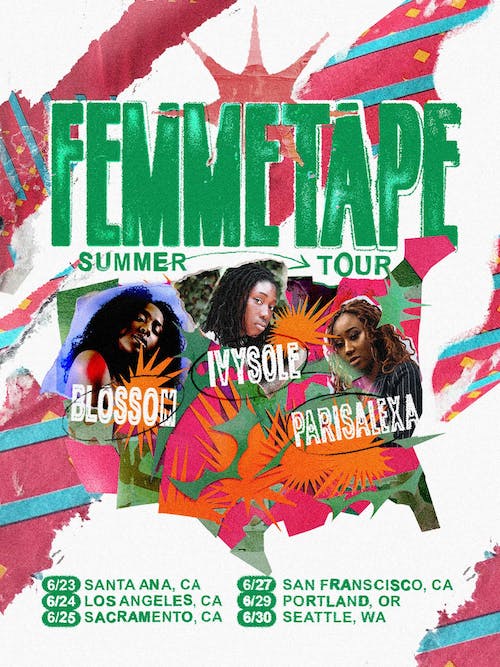 The history of pop music is one of reinvention, replete with instances of people who, cut off from resources and representation, have turned inward, mined themselves and remade culture in their own image. And so the story goes with ​Parisalexa​, Seattle’s premiere triple hyphenate—singer-songwriter-producer—who continues to forge her own forward-looking brand of R&B tinged pop with the raw materials of the past.

Last year, Parisalexa emerged fully-formed with her debut EP ​Bloom , which chronicled the course of a relationship—from its genesis to its greatest heights to its end and the resulting exercise in self-love. Close on ​Bloom​ ’s heels came ​FLEXA, a four-track mixtape that represented a departure for Parisalexa in both sound and theme. If ​Bloom was about a journey—that of falling in love and discovering oneself—​FLEXA ​ was about what happens once you arrive.

Now, with the release of her latest single, “Water Me,” Parisalexa looks towards the future. “Water Me” feels appropriate now, because the relationship I wrote ​Bloom about is over and it’s a song about reaching out and asking for help,” she says. Now, Parisalexa is shedding the weight of the past and looking towards her future. Things are looking bright.