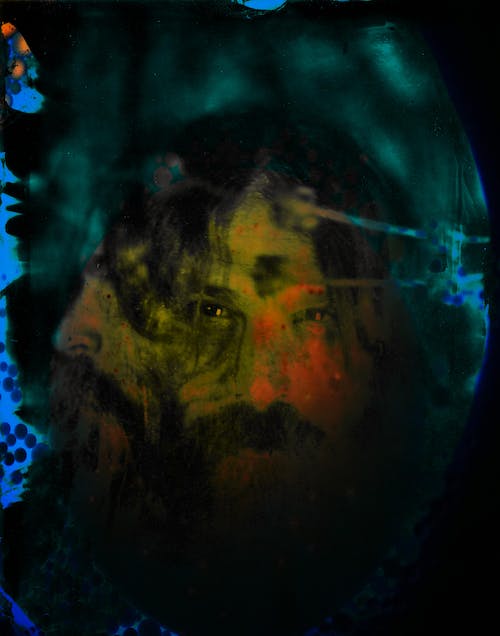 JUUJJUU is a rotating ensemble of domestic and international collaborators, wrangled by Los Angeles based musician, Phil Pirrone. In 2011, Pirrone borrowed an SG and a DL4, and began his exploration of recording looped based music. He later brought song ideas to life with the rhythmic accompaniment of friend and then collaborator, Andrew Clinco (aka Drab Majesty mastermind Deb Demure). JJUUJJUU’s debut release, 2013's FRST EP, and a subsequent stand alone single, "Bleck," began to build excitement about the project, garnering attention from outlets like Noisey, LA Weekly, Paste and Impose, and multiple appearances on Last Call with Carson Daly. Throughout this period the lineup and instrumentation of JJUUJJUU moved in step with the project’s ethos of ephemera and flux, as JJUUJJUU continued to tour the US in several different configurations with Pirrone at their center, sharing stages with Tortoise, Allah-Las, Temples, Tinariwen, Night Beats, Les Claypool, Songhoy Blues, and others. Over the last several years, Pirrone has recorded in various spaces around California to document the songs that would eventually make up JJUUJJUU's debut LP, Zionic Mud. Sessions included collaborations with Vinyl Williams, Jeffertitti and Mason Rothschild of Fever the Ghost. The album's release will be accompanied by alternate versions of the tracks remixed or reimagined by many of the band's notable supporters, including J Mascis, jennylee of Warpaint, Liars, Metz, and Autolux.