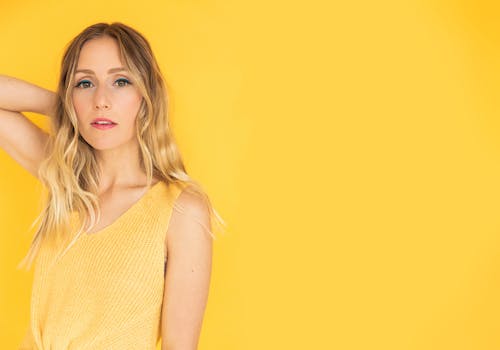 iCal
Google
with Mind of Joy

Lemolo is the Seattle dream pop project of Seattle based singer-songwriter and multi-instrumentalist Meagan Grandall. While Lemolo has garnered comparisons to Cat Power, Daughter, Beach House, and Feist, her growing buzz comes from a fresh and distinct tone that is truly her own.

Since forming in 2009, Lemolo has released three full-length albums, The Kaleidoscope, Red Right Return, and Swansea, and has been a staple of the Seattle music scene. The records were included in KEXP's "Top Listener Voted Albums" of the year, and led Lemolo to be voted "Best New Band" by City Arts Magazine and named one of Google Play's "Best Unsigned Artists of the Year." With support from a talented host of musicians, Grandall has had the pleasure of touring nationwide and throughout Europe and performing with acts such as The Head and the Heart and Sharon Van Etten.

Coming off of a national tour with Noah Gundersen, Lemolo is currently celebrating the release of the latest record, Swansea, which was just released on October 11, 2019. Follow Lemolo and find more information about the sweeping and transcendent new album at www.lemolomusic.com.

A revolution without dancing is not a revolution worth having" is a quote famously attributed to Author Emma Goldman. These words could be the motto of Emily Westman and Andrew Vait; better known as pop duo SISTERS.

SISTERS are poised to release their We Can Get Together EP(September 13, 2019 – Tender Loving Empire). The EP features remixes of songs from the band’s sophomore release, Wait Don’t Wait, a new track called “We Can Get Together,” and the official release of their pride anthem, “Queer Life.” The three remixes feature production work by Budo (Macklemore, Reinwolf) and The Seshen, and appearances from two of Seattle’s most respected hip hop icons, Sol and Tilson XOXO. What began as a one-off project in a small Seattle studio called The Ruby Room, which has seen releases this year from virtually every rising star in Seattle’s hip hop community (standouts include: Travis Thompson and ParisAlexa), has culminated in a quintessential SISTERS gathering of the music community that has supported their rise to local cult-pop stardom. “Togetherness” has always been the calling card for the duo’s live performances; The We Can Get Together EP is the result of that dynamic coming to life in the studio.

Based out of Seattle, Mind of Joy started in April 2017, originally named The Carlene Crawford Band. The founding members - Levi Jess (guitar), Chris D’Abreau (drums), and Carlene Crawford (vocals, keys) - met at an open mic night at the Stone Way Cafe. They started with Carlene’s music, but early on discovered a connection through collaboration that gave the music greater depth and feeling.

Shortly after successfully playing gigs, including opening for Grace Love at Neumos 2017 NYE Bash, they set on the path to their first EP. Recording started in November at Steamboat Island Records, and finished up in December with August Hanson at Studio Mægic. They released their EP as Carlene Crawford & The City Lights in January 2018, and it is available on Spotify.

August (synth) and Andrew (bass) joined, and the group made the decision to call themselves Mind of Joy. It represents the effect they want the music to have on listeners - thoughtful and positive, and with room to be something new and something familiar at the same time. For today they create catchy pop music that sparkles and chills, quenching your thirst to find the next new thing. Hear their first single "Old Ways" on all streaming platforms.