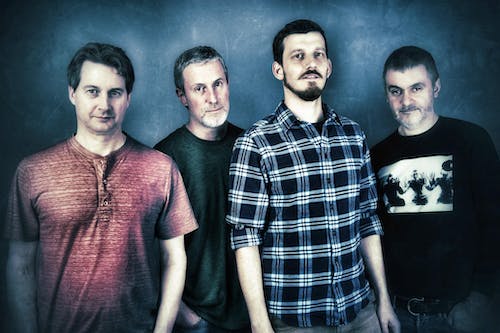 Live for Matt is back for the third year, this time entirely focused on music and fun, in honor of our friend and singer Matt Bencke, who passed prematurely from Pancreatic Cancer. We are honored to play with Led Zeppelin tribute band Custard Pie. Element47 will perform our favorite 90's grunge and alternative hits.

CUSTARD PIE performs the music of Led Zeppelin. It features Jen Ayers (vocals), Darren Loucas (guitar), Keith Lowe (bass) and Kelly VanCamp (drums). Jen’s powerhouse vocals and electric stage performances have earned invitations to sing the National Anthem at NBA/MLB games coast to coast, the opportunity to belt out Led Zeppelin tunes at Seattle’s Triple Door for “Bonzo’s Celebration Day” (featuring drummers from Heart, REM, Pearl Jam, Screaming Trees) “House of Thee Unholy” – a Broadway-level burlesque show. She’s a frequent guest performer in high-profile gigs across the Northwest, including Jeff Fielder Redux and The Seattle Sound (both at Triple Door), and Xmas Maximus (The Crocodile, Seattle Center). Keith Lowe has recorded and/or toured with people like Laura Veirs, Stone Gossard, Harold Budd, Fiona Apple, Bill Frisell and many more. Darren Loucas “ his guitar playing is a revelation” ~ The Stranger. Darren is known in the Northwest as a guitarist and songwriter and has routinely shared the stage with Bill Frisell, The Long Winters, Ian Moore, Wayne Horvitz and more. The Seattle Weekly said, "(Darren's band) Juke’s self-titled debut is one of the more moving to come out of the Northwest in recent years…they could be the one to watch."