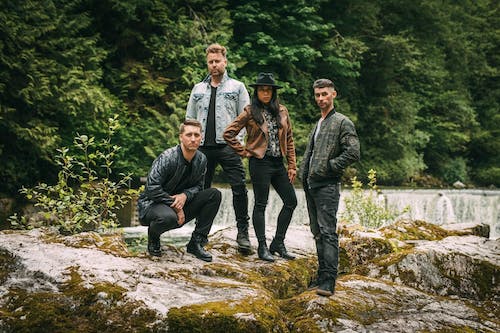 After numerous accolades for their debut self titled EP in 2016, Marsalis released their 2nd EP, “The Assault On Silence” March 16th 2018. The chemistry among friends Dennis, Adam, Theresa and Philthy continue to uplift the musical talent behind Marsalis as they venture into a more bright and aggressive sound!

Since their debut album, they have played successful and sold-out shows at prestige venues across the West Coast: The Roxy – Vancouver, BC, The Crocodile – Seattle, WA, & Whisky-A-Go-Go – Hollywood, CA to name a few.

Their hit singles, “Where I Am” and “Hope” from the first EP as well as “Gone” and “Saint” from the new album “The Assault On Silence”, has made it onto several radio stations across the West Coast and surprisingly to Boston, MA.

Marsalis self-titled EP was named Pacific Northwest Album of The Year 2016 through popular vote from the Northwest Music Scene Reader’s Post. Early 2018, The notable West Seattle Herald has mentioned Marsalis as “On the cusp of fame”! Their past success and strong support has driven Dennis, Adam, Theresa and Philthy onto a whole new level and they are ready to show everyone what they got!