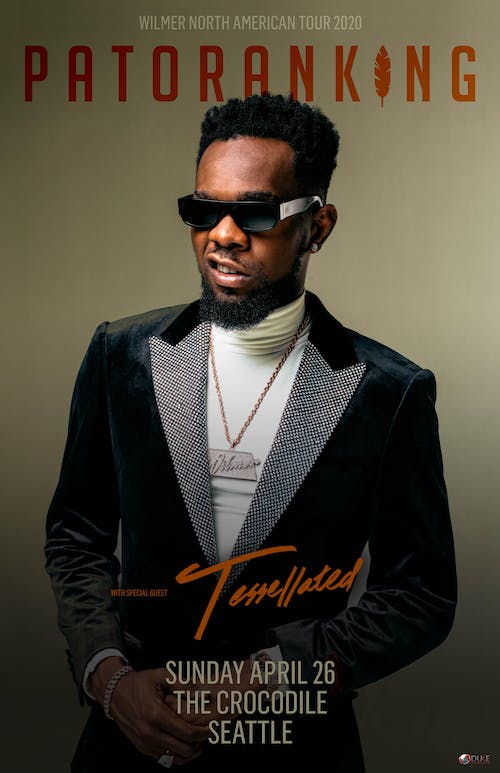 Patoranking is an award-winning African artist who has made major waves over the last few years with with his unique blend of Dancehall, Reggae and Afrobeats has allowed him to create a distinct sound recognized by many.

Since his emergence, Patoranking has accumulated a massive following online with over 140 million views on YouTube. His debut album GOE released in 2016 peaked at #4 on the Billboard Reggae Charts, the same album that spawned hits such as My Woman My Everything and No Kissing.

He completed two successful tours in Europe and the Caribbean in 2017 and scored a seat on the judging panel for the internationally acclaimed reality singing competition - The Voice Nigeria for two seasons (2016 / 2017). His urge to impact fans around the world through his culture has earned him some of the most prestigious awards including the MTV Africa’s Song of the Year for My Woman, My Everything. Patoranking was also crowned Best African artist at the South African Music Awards (SAMA) same year. Undoubtedly one of the most culture shifting visionaries at the forefront of African music, he is featured on Major Lazer’s Particula from the Know No Better EP and recently toured with Ms Lauryn Hill.