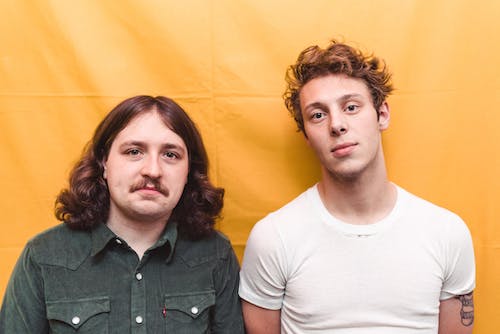 Somehow by 2019, Edmonton songwriter Ian St. Arnaud found himself to be, at once, an old hand on the folk festival circuit, a University graduate, an accidental overdose survivor, and at a loss for what to do with himself next. The previous fall his bandmate, friend, and at times antagonist, was hit by a train, thus dissolving his Americana/folk pop trio North of Here. To honour his band & the loss of his friend, Ian reworked and rewrote the songs that make up the bulk of St.Arnaud’s debut full-length album, The Cost of Living. Teaming with producer Graham Lessard (Reuben and the Dark, Basia Bulat), the album blends together goosebump-raising storytelling ability with a powerhouse indie indie treatment reminiscent of a trumpet-fuelled Andy Shauf, The Barr Brothers, or Whitney. St.Arnaud’s songs take on themes of death, loss, and resilience with sardonic humour and heart-on-the-sleeve honesty.