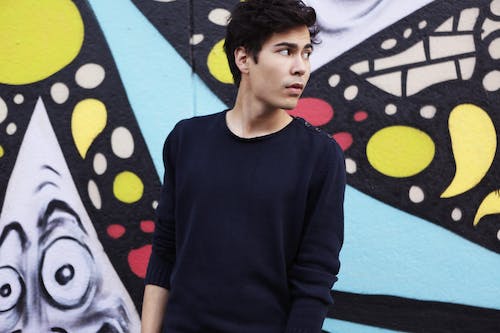 iCal
Google
with Jaderade (MIND at LARGE and Field Trip)

In this day and age, where dance and pop are more and more intertwining, it should be of no surprise that new talents with an understanding and knowledge of both musical worlds touch people of these once opposed scenes. Tez Cadey is a French electro-pop act formed in 2010. In 2014 he signed with Maquisards / Arista Sony France resulting in the release of a couple EP’s. In 2015, Tez Cadey released his EP: Walls. This EP includes some of his best works until now with deep house track: ‘Coastal Cat’ and the pop hit ‘Seve’. The young French producer Tez Cadey already has this astounding ability at his tender age. His songs are melodic and catchy on one hand, thoughtful and profound on the other.

His track ‘Seve’ became instantly viral and got widespread all over Europe. It received the status of five times diamond record for export in the following year. It surely is one of those magical tunes, which will not only work in the club after sunset, but also at the beach, in the forest or on top of a mountain. In 2017, ‘Seve’ came to life again as a YouTube hit. It is the perfect anthem for the ‘shuffle’ dance, reaching over 30 million plays. Resulting in multiple dance compilations on YouTube, his first Asian tour, and a performance at the prestigious Ultra Music Festival North Korea.

In 2018 Tez Cadey also releases the single: “Ivory”. The collaboration with English band Patawawa quickly reaches its first million streams and gets added on radios playlists throughout the world. A remix EP shortly followed up. Tez Cadey continued to travel and perform all over Europe with tours in Asia and South America.

And in the spring of 2018 Tez Cadey came back with a new single “Rivers”, from his album ‘Lizard Days’. Released by Sony, just like the commercial success single ‘Seve’. And after years of work, Tez Cadey confirms his capacity and talent as a music writer and producer. His music is packed with irresistible melodies and playful arrangements. This first song ‘Rivers’, done in collaboration with singer Brodie Barclay, is the perfect example. Tez Cadey: a name to remember for all lovers of limitless and beautiful music…