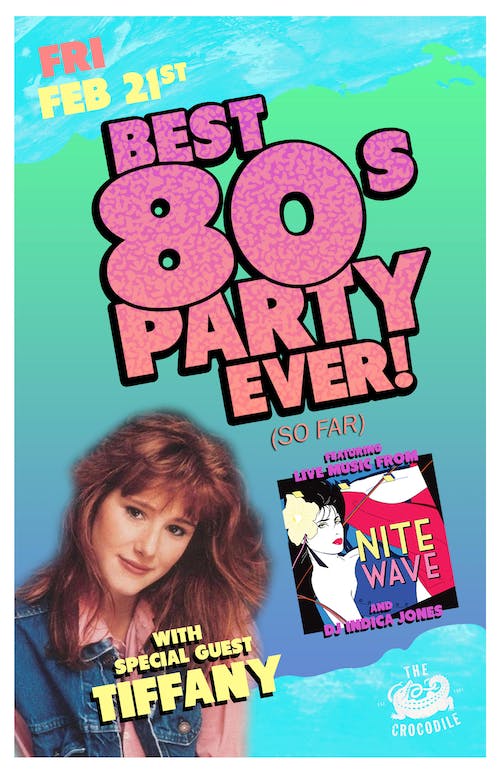 Tiffany - Joins Nite Wave on stage to perform a selection of her hits! 80s Multi-Platinum selling artist known for her hit singles "I Think We're Alone Now", "Saw Him Standing There" and "Could've Been". Recently toured with New Kids on The Block, Debbie Gibson, Salt-N-Pepa and Naughty By Nature on the Mixtape Tour that sold over a half a million tickets!