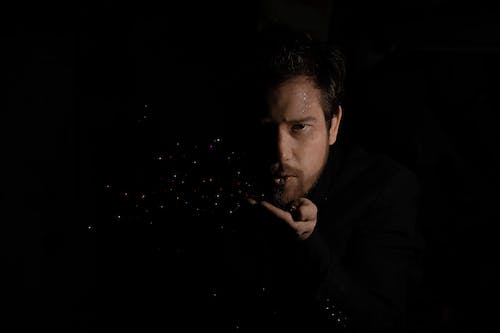 iCal
Google
with Strange Vine and The Breaking

The Stone Foxes are masterminds behind hook-laden arrangements landing upwards of 25 national sync placements with the likes of BMW, Jack Daniels, Budweiser, Levi’s, Sons of Anarchy, Jansport, and the Academy Award-winning documentary film, Free Solo. On Gold, The Stone Foxes enlist composer/sound designer Jon Shamieh (Converse, Impossible Burger, The Walking Dead) for the opening track “I Want Gold” and lead single “The Death Of Me.” The EP features three lauded women vocalists Oona Garthwaite, AhSa-Ti Nu Ford Tyehimba, and Kelly McFarling on the tracks “Can’t Go Back” and “Running Out Of Space.” Jay Pellicci (Deerhoof, Thao and the Get Down Stay Down) engineered and mixed Gold. Each song was written and recorded in tandem with the Koehler brother’s mainstay partners Ben Andrews, Brian Bakalian, Vince Dewald, and Elliott Peltzman.

Amassing a global fanbase with more than 30 million Spotify spins from over 218,000 monthly listeners and relentless touring over the past decade, The Stone Foxes bring Gold to fans worldwide with premier headlining appearances at the Adidas Rock ‘n’ Roll Marathon (Santiago, Chile: Nov. 9, 2019) and NoisePop 2020 (The Independent, San Francisco, CA: Feb. 29, 2020). In spring 2020, The Stone Foxes headline venerable venues across the United States (February - April 2020) in support of Gold.

The Stone Foxes have solidified their reputation as a commanding live act built on the musicians' dynamism and blue-collar work ethic. The band’s restless spirit driving their live shows powers the songwriting and performances on Gold. Lead vocalist Shannon Koehler – who lives with a pacemaker and has undergone 11 heart surgeries – doesn’t for a second take life for granted. Living with a no-fear attitude as an outspoken critic of the oppressive powers running the country, Shannon lays it all on the line on Gold.

At the heart of Gold are songs with an inward outlook while confronting the societal turmoil bombarding us all on the daily. Gold opens with a reflection that while some people are creative souls, many just love to accumulate. “I Want Gold” channels the spirit of Italian film composer Ennio Morricone with arrangements by Jon Shamieh laying the foundation for Shannon to rip amid a cinematic backdrop.

“Can’t Look Back” has Spence’s lead guitar work echoing the chorus, “I got this feeling that I can’t go on, but I can’t go back, you know I can’t go back now.” With the chorus featuring the sparkling harmonies of Oona Garthwaite, AhSa-Ti Nu Ford Tyehimba, and Kelly McFarling, Shannon leaves the initial chorus to these leading women to take home the point that there’s no choice to return to the past of good old boys, the dark ages, religion, and the kitchen where no man had to listen. The Stone Foxes sound the alarm that we’re at a historical moment of no return.

“The Death Of Me” brings Shannon to his knees belting, “I sent her away on the old tarmac, now I cry every night hoping she come back.” When love is destined to be easy and free but turns into a storm of unsettled emotions and loss, Shannon confronts the ultimate pain of saying goodbye.

While watching an episode of the HBO series Deadwood, Shannon dropped the remote during a burial scene of crying cowboys to write “Running Out Of Space.” Featuring Kelly McFarling singing in unison with Shannon on the verses, “Running Out Of Space” has McFarling, Garthwaite, and Tyehimba crooning on the choruses. In contrast to “The Death Of Me,” Shannon assuringly sings, "I’m gonna take you into space on a ticket to I don’t care, and I don’t when and I don’t know how, but we’re the real thing now."

Gold concludes with the fever pitch steadily rising on “I Know Who You Are.” With Shannon’s vocals taking center stage while the tension of the instrumentation builds, brilliant drum work by Brian Bakalian urgently leads into Ben Andrews’ wailing guitar. In a direct confrontation with his antagonist, Shannon boldly declares, “I ain’t got a gun, but I won’t let you slide. You can run from yourself, but you can never hide. I say you’ve gone too far, I know who you are.”